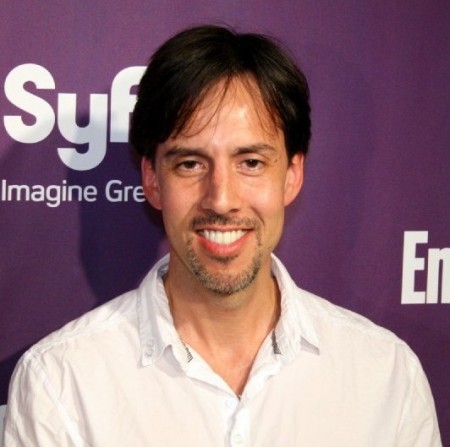 When Syfy's series "Eureka" returned last week with the first episode of what will be its final season, there had been a four-year time jump and our regular characters in Eureka were acting more than a little strange. For example, with Dr. Allison Blake (Salli Richardson-Whitfield) having been gone for four years (and presumed dead), Sheriff Jack Carter (Colin Ferguson) had moved on and was now locking lips with Jo Lupo (Erica Cerra). However, fans of the series should know anything is possible in "Eureka" and it was revealed at the end of the episode that the dastardly Beverly Barlowe (Debrah Farentino) and her Consortium were behind all the goings on and were controlling the residents of Eureka.

Will Beverly finally succeed in her plan to take over Eureka or will she finally get her due? And how did creator Jaime Paglia and his own creative crew deal with the Syfy networks sudden change-of-mind about a sixth season which led them to quickly wrap up the beloved series? Our Jim Halterman chatted with Paglia for all the answers as well as to find out what's next for him in his post-"Eureka" career.

Jim Halterman: Talk to me about going into these last episodes, especially with what happened with the network first renewing, then not renewing the show.

Jaime Paglia: With season five, and you'll really see it in the first 12 episodes, there was this huge arc that was going to launch us into season six. All of our conversations with Syfy and the studio had been really positive in terms of that but obviously there's no guarantee of a season six pick-up. We believed we had the network support at the Comcast merger... so, as you may recall, we had already written the entire season and they had announced that we were going to get picked up for a season six, even though it was going to be a small order of six episodes. We were already prepping and it was the day before we went to camera on what would have been the season five finale when I found out we weren't going to have a sixth season.

We had exactly five days after I made a plea to the network and studio to give us one more episode to wrap things up and say goodbye or else it would've been the worst ever giant cliffhanger ending to the series where we had all the characters arcs and storylines completely up in the air. It would've been a terrible thing to do to the fans and also the show and all the people who made it. They were gracious enough to give us one more episode but unfortunately we didn't have the time. We were not allowed to shut down production in order to properly break the story and write the script, which normally takes about six-to-eight weeks... so when we got the news that we could do one more episode I had to say to the writers 'The good news is we get one more to wrap things up but it preps to shoot tomorrow.'

JH: It was almost like you were characters in 'Eureka' and the clock was ticking and you had to finish it!

JP: It felt a little bit like Carter and Henry (Joe Morton) and Allison. We all had to pull together and say 'Okay, we have 48 hours before this closes.' It was really about 'Okay, let's get this done. We're lucky enough that we actually get one last episode to wrap this up.'

JH: With all the different timelines and realties that have been the fabric of the show, when did you get to the point in the run that you knew your audience would go with you wherever the show went?

JP: At the end of season one we did the alternate reality when we realized that Henry had tried to save Kim (Tamlyn Tomita) from the explosion and created this alternate timeline and Carter realizes that they're in the wrong timeline and they have to fix it or everything is going to unravel. That was just a great finale and we loved the idea of it and we thought it was a really rich, emotional story and it was grounded in what was going on with our characters. It was something that was done out of Henry's grief and desperation and it was really a love story for him and that he'd lost the love of his life and he wanted her back. So whenever you tell a story I think things start with the characters first and a really emotional, dramatic trauma that they're dealing with or something that they're trying to solve makes for the best storytelling. That's still my favorite episode, 'Once In A Lifetime,' the season one finale. I felt like that's really when we hit our stride between the balance between the character drama and emotional and the humor, as well as the science fiction elements. That became, for me and a lot of us, the benchmark for stories moving forward.

JH: The season five opener was really full of surprises. Can you talk about getting into this new season of episodes?

JP: I think obviously, we left off with a pretty shocking turn of events in season 4.5 in that the Astraeus launched prematurely and Henry was locked out of the controls and something else was controlling this launch. Allison was stuck on board, she wasn't supposed to be onboard the Astraeus and she's trapped. The question is whether she makes it to the jump seat in time to save her life and the question is where is she? What we're going to see in episode one is where they are and what happens to the crew that survives and the impact that it will have on all of the characters in our show and that will basically be the beginning of the three-part trilogy.

JH: And Beverly is back and we found out she's behind everything happening. How was bringing her back into the show?

JP: We left off in season 4.0 with Beverly Barlowe driving away having had her plan to go back to 1947 thwarted and she was looking at Carter and Allison on a security camera monitor and she said 'I think I have a new target.' We don't know who she's talking about. In season 4.5 we saw her target Allison and basically use her as a puppet to manipulate her and gain access to the Global Dynamics mainframe computer but she manages to escape when Jo and Zoe save the day. What we're really trying to lay in - and it's for people who are really paying attention - they're going to see that [Beverly and the Consortium] were not just taking something, they were leaving something behind. They were taking every profile of all the people in town from Global Dynamics and all those things that basically make Eureka so they could have the information to make 'Matrix Eureka' and they were leaving behind a back door so they could access the launch code and take over the launch. So, this is really a very long, thought-out plan and production of some of the brightest minds in Eureka. Ultimately it was a reveal that [Beverly] was behind all this.

JH: With some of the things that happen in these first episodes and this 'time jump,' were you able to do some things with characters that you weren't able to before like some of the pairings or having or regulars do things that seemed out of character?

JP: It's always interesting to deal with different people together who don't normally have time together and certainly to play with the dynamics of certain pairings. There have been, as you know, some interesting romantic entanglements in these first two episodes and the shock and pain of a lot of those experiences and changes will resonate throughout the rest of the season. The most amazing and exciting thing about this launching pad for us is the physical and psychological impact that this experience has on the Astraeus crew and the people back home who have lost them... it is something that is really rich for telling stories the rest of the season.

JH: Now that you've finished that last episode of the series, are you satisfied and do you think the fans will be, as well?

JP: I hope so. I know that I am in terms of where our characters end up. I had the goal in mind since the beginning where I wanted certain characters to eventually evolve to. So, from that standpoint, it was helpful knowing that at least when you're up against a deadline like that. This is where we are, this is where I wanted everyone to be so how do I get everyone from point A to point Z in 42 minutes [for the last episode]? I think it's really more than anything a love letter to our fans, to the characters and the town and especially the people who have been watching since the very beginning. I would recommend when we get closer to the [finale] date that people watch the pilot again and watch the season one finale again and even a couple of season premieres and finales to streamline where characters have been and certain circumstances they've gone through. I think people are going to enjoy it. I sure hope so.

JH: What's next for you now that 'Eureka' has wrapped up?

JP: I sold another project called "Bob From Corporate" that is at Universal Media Studios. We'll see if that gets set up at the network so I'm hoping. That one happens to be with my producing partner, James Middleton, who was Executive Producer of 'Sarah Connor Chronicles," developed that one, as well, and Eric Rochford is the writer of 'Bob From Corporate' so I'll executive producing that. Then I'll be doing original projects that I'll be taking out to pitch or write and working with various other production companies and overseeing projects of there's. I'm very excited actually because I haven't been available to do that and there are some really great ideas and some really talented young writers that I'm getting the opportunity to work with. 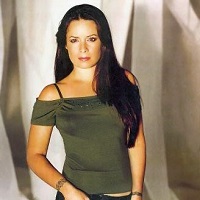 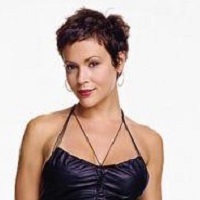